It is a problem when you are comparing vacuum cleaners when none of them really match the quality you are looking for. Bizarrely, it can be a bigger problem when all the vacuum cleaners you look at are top-quality products from reputable brands such as Hoover and Shark. How do you differentiate between them?

You don't have to because we are about to help you, by comparing some of the best vacuum cleaners that Hoover and Shark have to offer. We are going to have a Hoover vs Shark shoot-out of sorts by assessing an upright vacuum from both, and a stick vacuum from both.

The two models we are about to look at are the Hoover React Professional Pet Plus and Shark Rotator Professional Lift-Away. Let's compare the features of each. 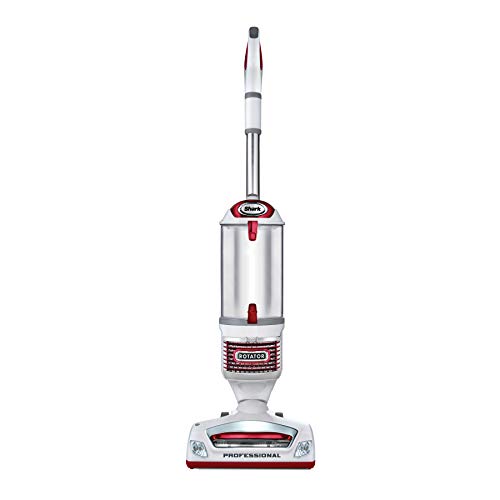 The React uses 'FloorSense' which is Hoover’s trademarked system of sensors which adjust the speed of the brush roller speed as the vacuum cleaner moves from one surface to another.

While the Shark Rotator can be used on multiple surface types it does not have the technology that Hoover employs.

In terms of weight, the Hoover React is 17.6 lbs. and the Shark Rotator is only 15.6 lbs. so the latter is going be a bit easier to carry up and down stairs, for example.

Maneuverability for the Hoover React comes via the swivel steering, but the Shark Rotator's steering action seems more advanced and thus moving it around corners feels smoother.

Furthermore, the Shark Rotator has a 'Lift-Away' feature which allows you to detach the canister so that you effectively clean in and around hard-to-reach places, which even includes your drapes. The Hoober React can also be used in a similar way with its wand detaching for this function.

The power cord on the Hoover React is 25 feet but the Shark Rotator's is 5 feet longer at 30 feet. Which vacuum could clean this carpet without waking up the sleeping dog?

Hoover has classified their React as 'Paws and Claws' friendly, meaning they have tested it specifically for its effectiveness in removing pet hair. Shark has no such classification for the Rotator, although its ability to remove pet hair is well attested to by previous owners.

On this, they both use a similar two filter system, which acts to trap particles and reduce the odor that can be created by the air it is expelling. Of the two, the Shark Rotator does a slightly better job, as its rating is such that it will trap particles which are as small as 0.3 microns, whereas the Hoover React is rated at 0.5 microns.

The Hoover react has a dirt cup capacity of 1.5 liters or 6.3 cups which is how many people measure it. The Shark Rotator, on the other hand, can hold almost twice that amount with a capacity of 2.9 liters, or 12.4 cups, so it has a big advantage in this category.

Here are some detailed video reviews of these Hoover and Shark models to help you understand the differences between them.

Our next category in the Shark vs. Hoover comparison is stick vacuums, and the two contenders are the Hoover Cruise Ultra-Light Cordless and the Shark ION Rocket Ultra-Light. We picked these models as they are similarly priced, although the Hoover is slightly cheaper than the Shark. Let's take a look at them both.

The Hoover Cruise includes the ability to switch off the brush roll to go between carpet and hard floor mode. The brush roll will spin for carpet mode.

The Shark ION Rocket has a control panel on the back of the handle that allows you to adjust its performance to suit the surface you are on, either carpet or floor. You can also change the power mode by selecting either extended cleaning for longer battery life or max power for high powered suction. The control panel on the Shark Rocket looks nice and has LED lights to clearly indicate what mode you are in. 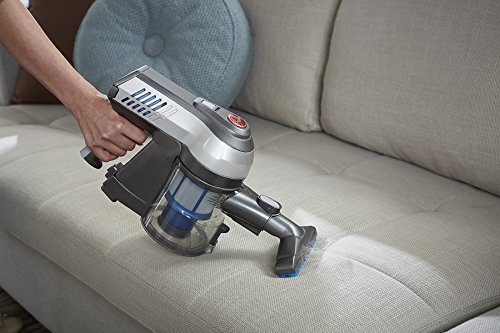 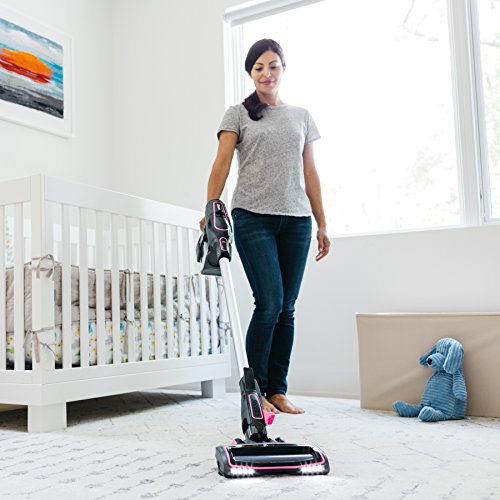 Both vacuums are very adaptable and can be used as an upright, a hand vacuum, for cleaning inside a car, or as wand vacuum where you can reach high up to clean drapes.

The Shark ION Rocket by comparison doesn't have a trigger for power operation, it has a button on the back of the handle that you just press once to switch it on/ off.

In terms of manoeuvrability, the Shark comes out on top. There are quite a few comments on the Hoover Cruise suggesting the cleaning head is a bit difficult to move in the direction you want.  This compares to the large number of positive comments about how easy the Shark is to move around.

Another point worth noting between these two vacuums is that neither will stand up on its own when not in use. The Hoover Cruise comes with a wall mount for convenient storage but you don't get this with the Shark.

Neither the Hoover or Shark have HEPA filtration, which is the highest standard of filtration you will find on premium vacuums like a Miele or Sebo.

However the Shark ION Rocket features the Anti-Allergen Complete Sealed System, which includes washable Pre-Motor Foam and Felt Filters and a washable Post-Motor Filter that do a good job of trapping fine dust particles. The Sealed System is a crucial part of the filtration as it means dust cannot bypass the filters due to inadequate sealing. Shark's ION Rocket is therefore a good choice of vacuum if you have asthma or allergies.

Although the Hoover Cruise features washable reusable filters, the vacuum cleaner is not a completely sealed system like the Shark and we expect the filtration performance would be reduced as a result.

The Hoover Cruise has a single indicator light on the handle area where you can see power alerts for the battery charge. It is also here where you select the different modes that the cleaner has - brush roll on/ off. When the vacuum cleaner is in use the On/Off and charging light will illuminate and flash red when the battery is running low. When the red light flashes the machine will turn off in 20 seconds.

The Shark ION has a control panel that is more advanced and looks very modern. Its controls are in a round-shaped interface which lets you select the different modes and displays icons to indicate what options you are using.

Although both of these products are extremely versatile, only the Shark model has a specific tool for pet hair. Furthermore, we did find a number of comments from users of the Hoover Cruise stating that they were not satisfied with the suction performance. Based on this, the Shark is a better option than the Hoover if you have pets.

The Shark ION does have a lot of positive feedback from customers, although not all think it its great at pet hair. In particular, it does tend to get a bit clogged up with pet hair, if there's a lot of it. However, its easy to remove the brush roll and any trapped pet hair along with it if this happens.

This is one comparison which everyone wants to make with anything that is cordless, so here we go.

For the Cruise, Hoover don't advertise an expected battery runtime but when we queried with their customer services they advised that the reported battery life is between 25 and 40 minutes depending on what power mode you are using. We've reviewed user feedback to ascertain the accuracy of this and the average runtime based on numerous reviews seems to be 20-25 minutes.

In comparison the Shark ION's battery life is between 25 and 30 minutes so very similar to the Hoover Cruise. Users reported that the battery runtime is reduced from this when using Max Power. The battery run-time on the Shark actually increases as the battery is charged and drained a few times. Shark refers to this as conditioning and it is reported to be accurate by users.

Since both vacuums have removable batteries, consumers have the option to purchase an additional battery if they want to be able to vacuum for longer. This is something that you cannot do with the Dyson V10, which has a fixed battery.

Below are two detailed video reviews of the Hoover Cruise and the Shark ION Rocket so you can compare their features for yourself.

We've just looked at four excellent vacuum cleaners, and all four have several features which give them one advantage or another over their rival.

For the upright vacuum cleaner, we feel the Shark Rotator just edges it, due to its increased dust cup capacity, better maneuverability, and its enhanced filtration system, which prevents more dust escaping back into the room than the React.

For the cordless stick vacuums cleaners, we think the Shark easily beats the Hoover due to its extra features and better overall performance.  In addition the Shark vacuums have a much longer warranty than the Hoovers for your peace of mind. We highly rate the Shark ION Rocket and it is not even Shark's premium cordless model: check out our Shark IONFlex 2X Duoclean Review for more information on their latest premium cordless. Robert is a vacuum cleaner fanatic and expert. He grew up repairing and selling vacuum cleaners in his Dad's home appliance sales and repair shop in the North of England, UK. When he's not reviewing vacuum cleaners for this site he likes to spend time with his partner and young daughter and he also works in construction as a Project Manager as his day job! How to Vacuum a Shag Rug

© Home Vacuum Zone, 2015-2022. Unauthorized use and/or duplication of this material without express and written permission from this site’s author and/or owner is strictly prohibited. Excerpts and links may be used, provided that full and clear credit is given to Home Vacuum Zone with appropriate and specific direction to the original content.